This week’s theme is:  Books I Want to Read Again

Re-reading, it’s something I don’t do very often, if at all, but my selections for this week’s topic are a mixture of books that I would like to re-read or books I wish I could read again for the first time.

I was surprised to notice when making my list that most of the Stephen King books that feature must have been from my pre-blogging days as I don’t seem to have written reviews for any of them, which could be a great reason to read some of them again. I’ll list those together first…

The Dark Tower series by Stephen King – There’s no way I couldn’t list this series first as I’ve mentioned many times before that I’d like to re-read it someday. The only thing that makes me hesitate is that there are 8 books in total and some of them are really long. It’s probably going to happen though. Maybe!

The Shining by Stephen King – I’ve always thought this would be a good one to re-read during autumn but it recently occurred to me that the family goes to the Overlook for a winter stay, so actually it’s also a great winter re-read too. Any excuse to revisit a book that I found pretty creepy at times. Room 217, I’ll say no more.

11/22/63 by Stephen King – It’s been a while since I read this and it’s one I would certainly be tempted to pick up again, to see how much I enjoy it on a re-read.

The Seven Deaths of Evelyn Hardcastle by Stuart Turton – I’d love to experience this for the first time. It was such a unique take on the country house murder mystery and I was intrigued as to what was going on.

Lonesome Dove by Larry McMurtry – The central duo of Gus and Call make this one worth the re-read. There are more books featuring those same characters so perhaps I’ll check some of those out too.

The Silent Companions by Laura Purcell – I enjoyed the writing, the characters, the atmosphere of the house and the creepiness of the wooden figures that were possibly moving around when no one was watching. One to pick up during the dark nights of autumn I think.

The Girl With All The Gifts by M. R. Carey – I would love to experience my first read of this all over again. I remember seeing the synopsis for the first time and being completely intrigued. I couldn’t wait to discover the story and I enjoyed it when I did.

The Powder Mage trilogy by Brian McClellan – I was really sad to reach the end of this fantasy trilogy and bid goodbye to some wonderful characters.

The Winternight trilogy by Katherine Arden – Perfect for winter evenings of reading.

Murder on the Orient Express by Agatha Christie – Not a wish to relive my first read exactly, I saw the movie version before I read the book and had no clue as to how the case would be resolved. I had great fun reading the book but I wonder if I’d have picked up more clues if I’d read rather than watched it first. I doubt it as I don’t think I’ve worked out whodunnit in any of the other Christie novels I’ve read so far.

So, what did you write about this week?
See you again next time for another Top Ten Tuesday. 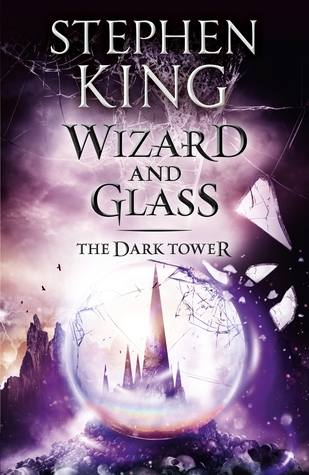 roaming the library one book at a time