This weeks theme is:  Books With Single-Word Titles

When I first saw this topic I thought it would be tough, then suddenly I had a moment of inspiration and titles came to me.  Apparently I can’t stick to ten titles so I’ve divided this into books I’ve read and titles I’ve yet to read. 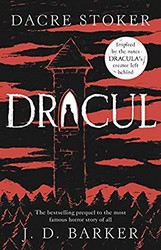 Dracul by Dacre Stoker and J. D. Barker – I’m reading this tale of vampires at the moment and it’s so good! Speaking of which, I can’t not give a place on this list to…

Outlander by Diana Gabaldon – I really enjoyed the story of Claire and Jamie and I hope to get back into this series. I’ve kept up with the tv show but I’d still like to read the books. 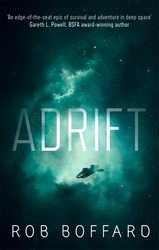 Adrift by Rob Boffard – I haven’t read much sci-fi but this story about a group left stranded on a ship after an attack made me think it’s a genre I should try more often.

Twisted by Steve Cavanagh – This thriller lived up to it’s name, delivering many twists and turns before the truth was revealed.

Sleep by C. L. Taylor – A thriller about a women who goes to work at a hotel on a remote Scottish island and finds anything but peaceful as it turns out there may be a killer in the midst of the guests.

Transcription by Kate Atkinson – The story of Juliet, who is recruited by the Secret Service. I’d never read anything by this author before and I really enjoyed this.

Cell by Stephen King – A strange incident involving mobile phones turns people into zombie-like monsters. This story follows a group of survivors as they try to stay safe.

Uprooted by Naomi Novik – Agnieszka and the Dragon. Remembering this book almost makes me want to give it a re-read!

So, have you read any of the books that made my list this week?  If so, what did you think of them? See you again next time for another Top Ten Tuesday.

Traveling together through books. Join us on our adventures through the books we read