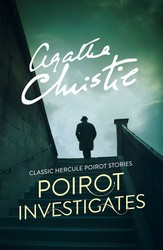 The very first collection of superb short stories featuring Hercule Poirot and Captain Hastings…First there was the mystery of the film star and the diamond…then came the ‘suicide’ that was murder…the mystery of the absurdly chaep flat…a suspicious death in a locked gun-room…a million dollar bond robbery…the curse of a pharoah’s tomb…a jewel robbery by the sea…the abduction of a Prime Minister…the disappearance of a banker…a phone call from a dying man…and, finally, the mystery of the missing willl. What links these fascinating cases? Only the brilliant deductive powers of Hercule Poirot   – from Goodreads

The latest instalment of my aim to read as many Poirot novels as possible saw me picking up this collection of short stories. I don’t read many short stories. Usually I find myself drawn to large tomes, so this was very much a change for me.

The stories feature Hastings as narrator, which is a plus. I like Hastings, there’s something a bit Bertie Wooster-esque about him, and he usually adds some humour to proceedings alongside Poirot’s magnificent powers of detection, which are usually beyond most mere mortals.

There’s a lot of variety on offer here – a ghostly appearance to shock someone into admitting their crime, cursed jewels, hidden Wills, kidnap, and an adventure in Egypt. This last sticks in my mind for Hastings’ observation about Poirot riding a camel.
As always Hastings maintains his self-belief that he’s also a great detective, whilst becoming somewhat irritated with Poirot on occasion, although the two remain firm friends throughout.

I do still prefer a full length novel, and if I was recommending a Poirot novel Murder on the Orient Express would probably be the first title that would come to mind (I haven’t read that many yet though), but this short story collection was a pleasant reading diversion and I enjoyed these brief adventures with Poirot and Hastings.