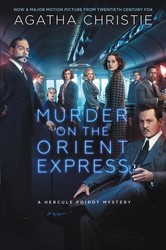 What more can a mystery addict desire than a much-loathed murder victim found aboard the luxurious Orient Express with multiple stab wounds, thirteen likely suspects, an incomparably brilliant detective in Hercule Poirot, and the most ingenious crime ever conceived?    – from Goodreads

I read my first Poirot novel, and I had a really good time!
I picked this up after watching the recent movie adaptation, so I already knew the outcome, but that didn’t spoil my reading enjoyment at all.
And I had NO idea. None. Right up until the moment the great Poirot made his final reveal I would never have thought that…
Here’s a conundrum though – how to review this intriguing murder mystery without giving anything away. Because I initially went into this totally blind.

There’s a train, a very lavish train, The Orient Express.
And on the train… there’s a very dubious character, and a murderer who means to do away with this person.
There’s a whole array of varied characters within the same compartment of the train, all of whom become potential suspects. And, of course, most of them have a convincing story to tell, in which they are completely without suspicion or blame.

But, what the murderer never counted on… a snowdrift which sees the train stranded, and a last minute addition to the passenger list, a certain Monsieur Hercule Poirot.
And that’s about as much as I can say before we get well into spoiler territory. Seriously, am I going overboard with the secrecy element here, when these spoilers have been around for over 80 years? Because before I saw the movie I felt like I was in the small minority of people who had no idea whodunit.

So, let’s talk all the non-spoilerish things I enjoyed about Murder on the Orient Express:

The setting. A luxurious train, stranded out in the snowy wilderness, with a dead body, and possible further risk to other passengers.
The time period adds to the isolation – there are no mobile phones, no internet, no means of communication with the outside world. It’s a whole different era. This mixed group of strangers have no idea how long they will be stranded, or whether the killer will strike again.  Tense stuff.

The characters – Poirot himself. He’s a cool character. Out in the wilds, a murderer in their midst, does he panic or worry? No, he keeps a level head and sets about investigating everyone on board, finding out all manner of things, some of which are designed to lead him astray, and yet somehow, through all those twists and turns and little white lies, the Belgian detective keeps his head and manages to come to a solution that I never for a moment considered. I’m blurring my experience with my movie watching here but I can safely say that either way I would NEVER have worked it out.

Of the rest, two of the ladies stood out. Mrs Hubbard is an older American lady, very vocal, very present, constantly talking about her daughter and what she has said or advised. She provides some comic moments in a tense situation.
Mary Debenham is a young Englishwoman who remains cool under Poirot’s scrutiny, even when it’s clear he suspects she is hiding something. I enjoyed reading the scenes where the two confronted each other.

The writing makes for fast-paced reading. I can’t remember the last time I flew through a book in the way that I did with this one, which made a lovely change for me. The chapters are mostly short, there’s quite a lot of dialogue and I felt really immersed in Poirot’s questioning and investigation.
It was so fluid that I was happy at times to sit back and go with the flow, just observing as Poirot worked his way to the correct conclusion. There were also plenty of clues and narratives to put together if you fancied playing detective and trying to work out who the killer was, but I missed out on this a little with the book as I’d tried it with the film (and failed miserably!).

What more can I say?
This was my second Christie; I read And Then There Were None after I’d watched the tv adaptation. It was my first Poirot novel, and again, only read once I’d watched the movie. I enjoyed it so much that it won’t be my last, and I’m already eyeing up a copy of Death on the Nile.
Yes, I will finally get to play the whodunit guessing game with the book rather than the movie version, and I’m looking forward to that a lot.

24 thoughts on “Book Review: Murder on the Orient Express by Agatha Christie” 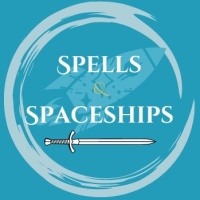