This weeks theme is:  Books I must read which I don’t own yet.

1. The Winds of Winter by George R R Martin – I’m a massive fire of A Song of Ice and Fire, and cannot wait for the next book in the series. I keep wondering if the tv series will catch up and eventually overtake the books, and whether I would keep watching if it did, because I love the books so much I’m not sure I would want to be spoiled by the series.

2. Vixen by Jillian Larkin – I read some positive reviews for this book during a read-a-thon, and it’s an era that I would really love to read more of.

3. The Magicians by Lev Grossman – I haven’t read anything overly magical for quite a while, so this one definitely makes the list.

4. The Twelve by Justin Cronin – Having read and enjoyed The Passage I really must carry on and read this sequel.

6. Anna and the French Kiss by Stephanie Perkins – This book appears to be hugely popular, and almost everything I’ve read about it is highly complimentary. It’s a change from the type of book I would usually read, so I’d definitely like to give it a try.

7. The Queen of the Tearling by Erika Johansen – I’d been hoping to get this one from the library but so far they still haven’t had any copies, so I can see I’ll probably buy it once I’ve cleared out my TBR pile a little.

8. Revivial by Stephen King – I’m such a big fan of Stephen King that this one definitely has to make the list. The reason I don’t own this is because it doesn’t come out until nearer the end of the year, but already I’m really looking forward to it.

9. Throne of Glass by Sarah J Maas – Everyone seems to have read this series. I’m really late to this one, but I think it sounds brilliant.

10. Ruin and Rising by Leigh Bardugo – I’ve just got my hands on the second book in this trilogy, so I can’t imagine not wanting to read this concluding novel to see how it all plays out in the end. 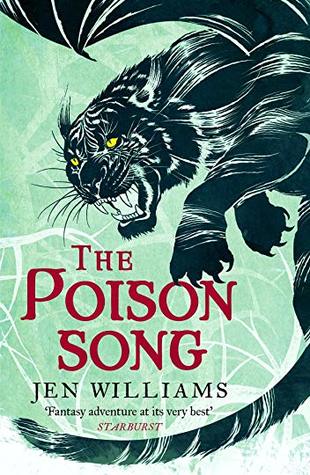